SS Nizam came alongside today. Also the SS Satereen, or some name like that. We are the store ship, it only makes thing a little busy, and it helps to kill the time.

The last day of March, and lovely weather, it reminds me very much of an English spring. Once again the ships are coming in, also two hospital ships, the SS Soudan, and a French one, which I can’t make out her name.

Mail arrived today, what excitement it caused, we simply rushed it. I received 10 letters enough reading for an hour. Good Friday yet we can hardly realise it, but for the band we would not know. They are playing “Nearer My God To Thee” it brings back happy memories to us boys so far away. But never mind we hope to be back some day.

Some of our Section have gone ashore to build a wireless place. I believe it will be ten days job, they are taking plenty of stores with them. This is a bit of all right for we have only three sergeants to look after.

We have been resting today for we have a very hard nights work in front of us, for we have to transfer waggons onto SS Nizam. We commenced work at 7.30pm and finished about 4am. We are to move to the SS Ionian tomorrow – this life is full of moves just like a game of chess.

On board SS Ionian, the accommodation is worse than the SS Suffolk, for we have to sleep on the concrete decks, or go up on top, I am going up on top. The harbour is pretty well full of Transports, etc., and nearly all of them seem to have steam up, surely there is something doing before long.

All the officers commanding were on board the HMS Queen Elizabeth – it must be a war council or something. We are just. 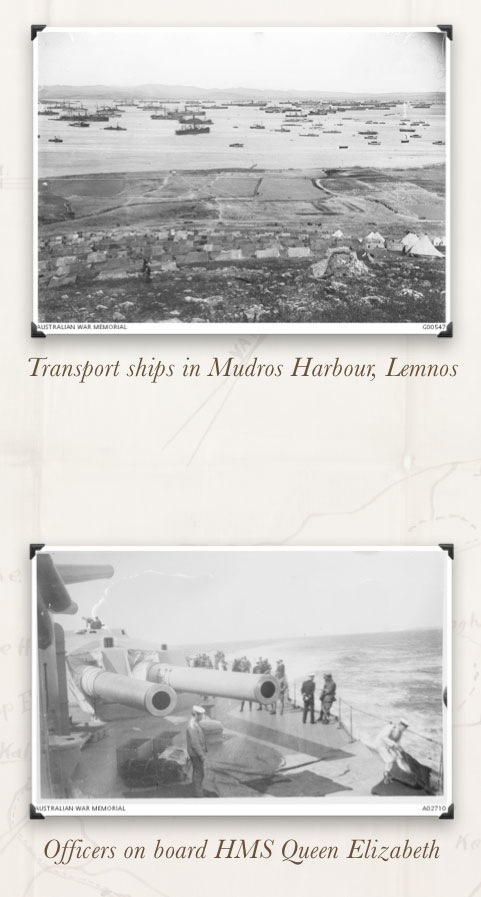 The unlucky 13th, it was for me because last night some silly idiot just put his big foot on to my face, the result is a black eye, and a big bruise. The way it happened I was sleeping on deck, and he just walked on to me.

Last night we had a surprise we had to disembark, and board HMS Prince of Wales, then we had to go back to the SS Suffolk. Then we went ashore. It was just training us to disembark, and get used to landing at some future place in the dark. I believe this is what we are to do now for a while, just to keep on landing and embarking. 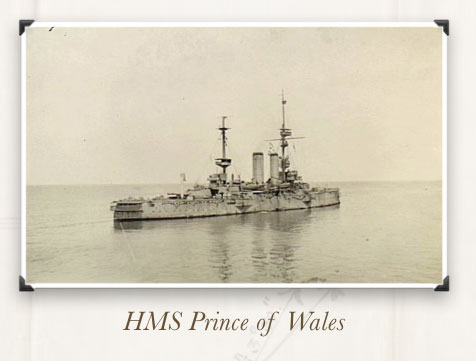 We had quite a busy time on shore today, we also had a lecture from Tipperary. Tomorrow we are to leave Lemnos for some place on the Dardanelles.