No sooner did day break, than our ships started their bombardment. Boom Boom” went the Lizzie’s 15” guns, bang went the shells right into the Turk’s lines, they must have carried some damage. It just rained shells for all the ships were firing now, and we were in trouble too, for our machine guns were getting hot, the water was boiling, and we could not get fresh for a while, also our ammunition was running out.

The general cry was water, ammunition, Stretcher Bearer, the ammunition column did work hard, for they had to carry it up on their shoulders right up the hill, then after wards they brought mules ashore to carry up stores, etc. Which did make it a little easier for them. I must say a word about the stretcher bearers, they were heroes, every one of them, for they had to carry men down the cliffs to the dressing stations, which was no easy task I can tell you.

We were again being shelled by the Turks, and they were dropping shells right on to the beach, to try and stop the troops from landing, my word we suffered that day, when I had time to look around I found three bullets had gone through my haversack. I must have had a near shave once or twice, but it is all in the game. They shelled us all the day and peppered us with machine guns and rifles, it was cruel to see it all, then night fell again, and it was just a night of hell nor rest, and the wounded crying out for drinks or smokes. It all seems like a big nightmare. I intend to find my company tomorrow. 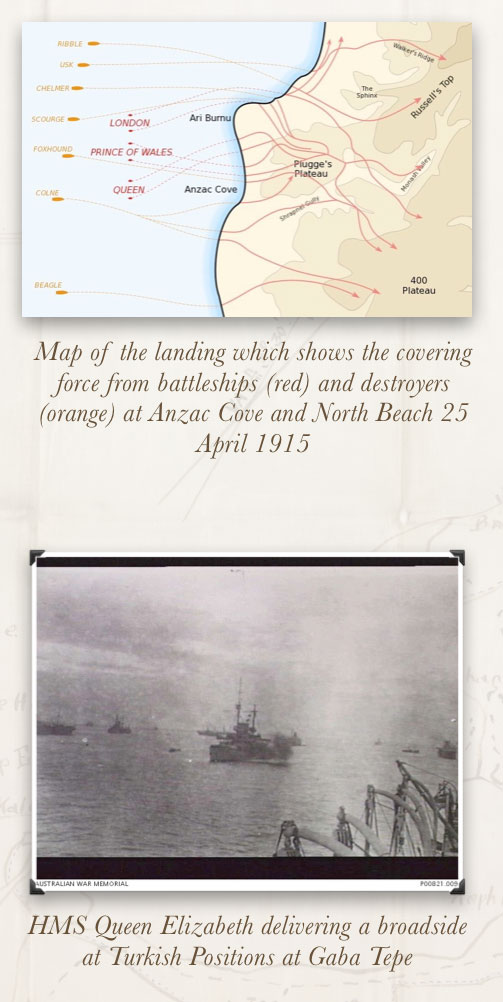 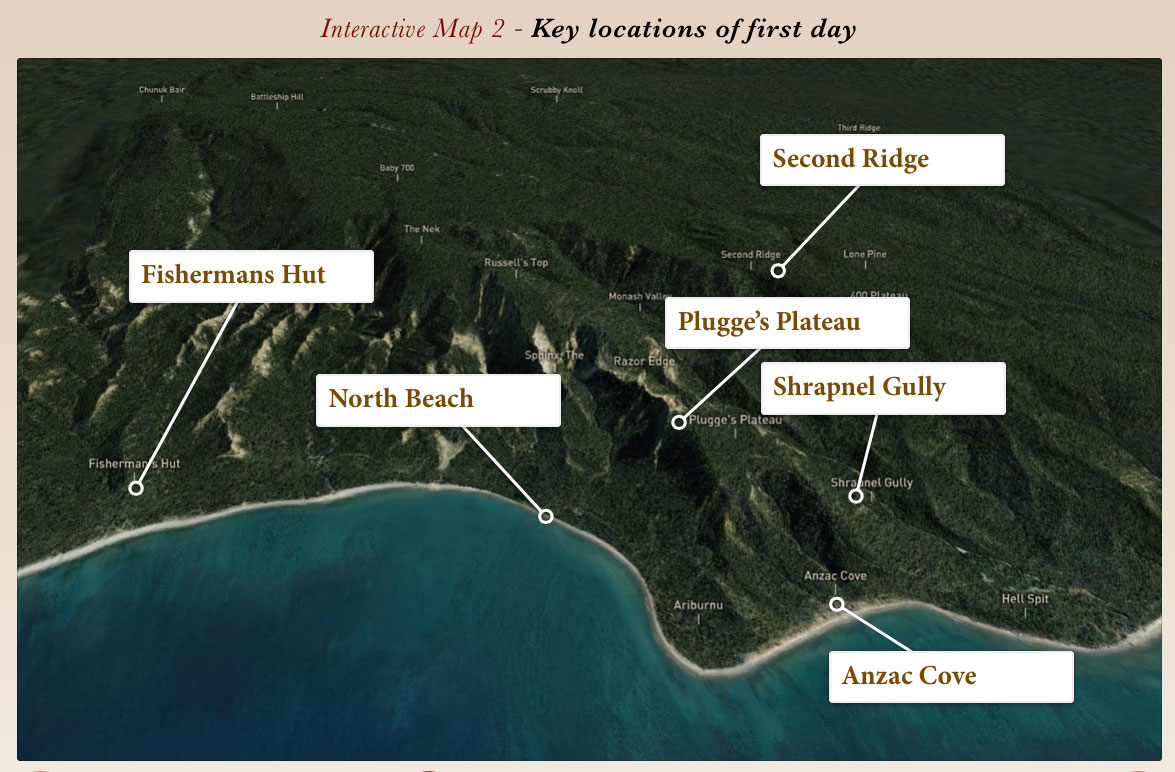 Just the same as yesterday the big guns opened up the ball but our fellows were properly dug in now, and I believe they have landed some of our artillery, so it won’t be so bad after they get behind us.

I re-joined my company, and heard that I was reported missing, of course I had been away from them for two days, and had no chance to join them before, because every man was needed where I was. No sooner was I back, than our section were ordered to go to the New Zealand flank away on the left, we had to sap a road through the hill to their trenches so that the men would not have to go over the sky line which was a death trap, we worked all the night, and the next day, then we re-joined the company again.

Up to now I had no sleep and I was feeling the strain a bit, we dug a nice little dug out, Cook and me, and retired for the night, but we got no sleep for we were told we had to go and put barbed wire up in the front trench. It was a nice job lying on your stomach fixing wire right in front of the trench. I was glad it was before daybreak. I was just wondering what day it is, and I find it is Thursday the 29th. 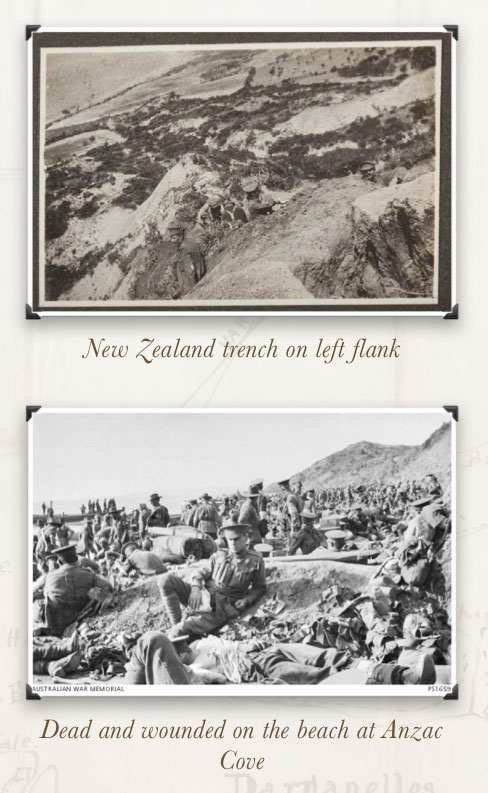