I was thinking hard on what I had seen and done since being on this rotten place when I got a spent bullet in the left hip. It was just as well it was spent or I would have been fairly done, it was only a flesh wound. I wonder when they are going to move me from this Hell, it is getting worse and my wounds are just near sending me mad with pain. 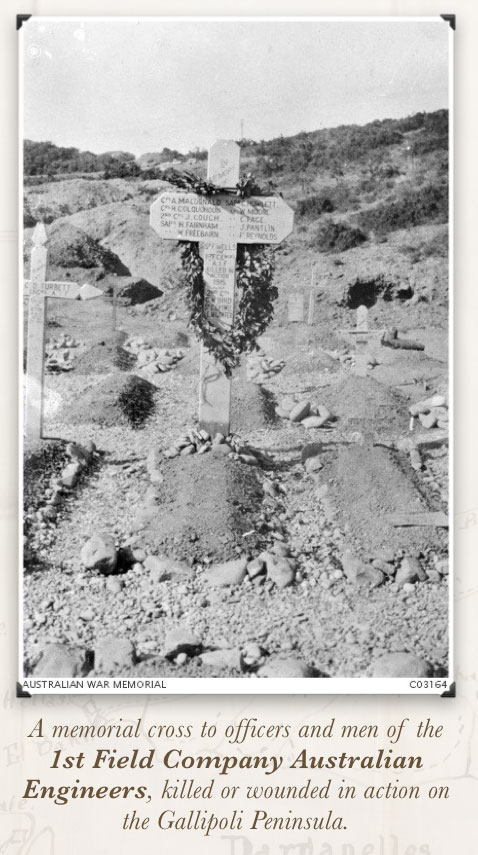 At last I am to be moved away from here to some ship. They are none too gentle with a fellow, but I suppose it is me that only thinks so because my wounds are very painful, at last we are near some ship, and I can still see the shells bursting over the hills. Now it is my turn to be hoisted onto the ship, I could not see what kind of a ship she is, not that I care so much either. Here am I lying on a mess table with my feet touching some other unfortunate man. He is very restless, and keeps on kicking my feet, which makes me sit up.

I have just asked an orderly where we are going, and he told me Egypt, Alexandria. By this time I was beginning to think it was time my wound was dressed so I just called on the orderly and told him I had never seen a doctor yet and it was about time. I did for my wounds were giving me something to go on with. Anyhow eventually I was taken some place where some quack doctor had a look at me, he gave me an anaesthetic, I came round on the mess table again to find that my bed mate had died, that was the worst of war, you might be talking to a chum, and shortly afterwards you find he is dead. 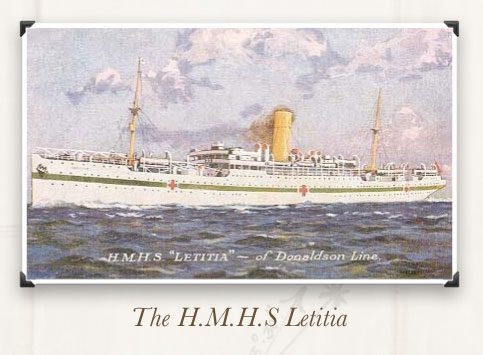 We arrived at Alexandria about 6th May so I am told. I myself did not know that date for I had lost all interest in the days. I was put on to a stretcher and carried to a waggon and then transported to the Hospital ship Letitia, where I was laid into a nice clean cot. I do not remember anything then until the next day, and I could feel we were on the move to some other place, and I had been bathed and put into pyjamas. I must have dropped off to sleep or gone unconscious. Every day my wound in the knee was getting worse, and I could see it meant me losing my leg, but I would have sacrificed anything to get eased from the pain. It would be the 11th May when the Doctor came to do his rounds, and I asked him if he could not ease my pain, and if I would lose my leg. He spoke to the nurse for a while then he turned to me and said he had tried his level best to save it, but if I wanted to live I must have it amputated. I told him to take it off, for life was sweet at nearly any price and he said that was the right way to look at things.